Then there were some counter arguments given by one of the country’s eminent scientist that Jairam Ramesh was being naive here about the quality of professors. Kapil Sibal event went on to say that the government does not endorse Ramesh’s view, which is purely his personal opinion. 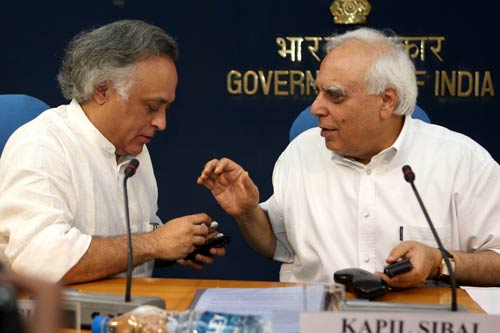 Well, I would like to add here that the quality of professors is degrading these days. Earlier, we used to have people who were themselves B.Tech from IITs and then went on to do a PhD from some reputed institute in USA. All in all, they were themselves very hard working and intelligent people and turned out to be good professors. Now a days, IIT is recruiting people as professors who don’t have such a sound educational background as it used to be before. I am not saying that the graduates from other colleges can’t be good professors, but at least on paper if we go by the degrees and achievements, earlier, IITs used to have better quality.

But shouldn’t the discussion be also about the kind and quality of IITians who go on to get some lucrative jobs in fields totally unrelated to what they studied during their stay at IIT. Or if we dig a little deeper, shouldn’t the question be about the kind of awareness or lack of awareness our schools create about choice of career that we end up choosing a career based on the lucrative outcomes in store for us after graduating rather than choosing a career based on our liking for it. At the same time our society and our parents want us to fulfill their expectations and that is exactly what we end up doing, not able to defy the obvious, being brought up in a certain manner.

So, instead of our politicians mulling over the quality of IITians, they should first of all make an effort to create good infrastructure and recruit world class faculty. Secondly, they should try to introduce a provision of some kind of counseling for students graduating from schools.

On the part of parents and society, they should try to provide a healthy environment for their children to develop at the same time giving him/her an opportunity to do things that he/she would be happy doing.

If this was done in the first place, the so called IITians (why i say so called is because sometimes this terminology is used in a negative way for those who have graduated from the same) will not be “wasting” (as perceived by some) the enormous amount of funds being invested by the government for their education and would not be running after “the thing”, money. But as they have said it is never too late.

Having written all this, sometimes I wonder when everything in this World can be done via money then why shouldn’t one be saying: “It’s all about Money, Honey“‘.