The battle for the No. 1 spot in the arena of test cricket is currently on at Trent Bridge. What a start India got with Indian pacers tearing apart the front line English batting order. If the first session was a good one for India, the second definitely belonged to India on the first day of the test match. But with some great batting shown by Stuart Broad and Graeme Swan, they managed to restore some pride for England in the third session. In spite of the 73 run partnership between the two the England team were bowled out relatively cheaply. 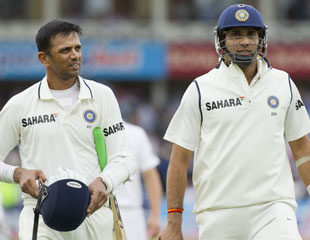 India started on a bad note with Abhimanyu Mukund perishing on the first ball that he faced from James Anderson. What followed was a shear act of survival shown by the two greats Rahul Dravid and V V S Laxman. As I am writing this article, the two are still battling in the swinging conditions that Trent Bridge is offering to the bowlers. A good first session can do a lot of good to the prospects of Team India winning this test match and retaining their No. 1 spot.

Will they be able to do it? Only time will tell. But as an Indian, I would certainly like to think in the affirmative 🙂

What do you think?