If you are wondering what exactly is a vulture fund then its quite natural to do so, as that was my first reaction to the term. Well, these funds are used to buy some debt from the poor countries in distress like Democratic Republic of Congo (DRC), in turn providing some funds to the respective countries. Now, why they are called Vulture Funds is because, later on, these donors try to redeem their money charging high amounts of interests and by doing so, they kill the very purpose of donating.

The redemption of these funds, when these countries reach certain level of stability, results in the outflow of the currency from those countries leaving the country wanting for more money, in turn creating a vicious circle from which the country can never escape and in turn unable move on to a development path. 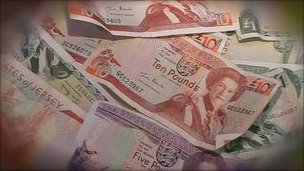 And there are no intelligent guesses here on who are the ones who are running these funds. Its none other than our “very dear” American friends who leave no stone unturned when it comes to making money via the capitalistic path that they have always preferred over the socialist path. This includes people like Peter Grossman, running a similar fund, which buys debt and then charges/sues for around 10-100 times the money given.

I can’t help but wonder when these Americans would give away their exploitative mentalities and when the materialism and capitalism would stop ruling one’s mind. I guess the whole perception of being successful needs to change.