Well! I am not talking about a discussion being held in the posch enclaves of a MNC discussion room. I am referring to what youngsters today are constantly harping on.

I am in fact speaking about a love story that is for strange reasons going through situations and circumstances unheard of and unconceived of before this.

If you are wondering what that might be, you indeed need to go through a dynamics that I am about to mention.

Somehow, with the innumerable plans that the telecom companies have got so used to offering lately, this is a classic example of a guy and a girl ending up taking different plans from the same telecom company.

It is quite remarkable how the girls love to write loads of messages expressing themselves to the fullest and leaving no stone unturned to convey their feelings to their boyfriends.

So, what she does in order to fulfill the dream of her life which is to express herself, she ends up opting for a plan which allows her to write lots and lots of messages for just a few bucks.

Happily enough, she ends up messaging her boyfriend at least 100 times in a day and expects her boyfriend to do the same, which of course doesn’t happen, sheerly because of the very nature of a guy.

He ends up taking an economic plan as he thinks it would suffice his needs, ignoring the very recent need of messaging his girlfriend that has of late begun to knock at his door.

What results is anybody’s guess. They end up quarrelling as the girl perceives the guy to have lost interest in her and for ignoring all the stuff that the girl wants to share with her guy.

The guy, in order to avoid all the bickering taking place, decides to opt for the same plan as the girl. He tries to send as many messages as possible from his end, but is never able to compensate the girl for her expression of her feelings.

If this was not enough a cause for the quarrell to even grow worse, they end up fighting for the guy’s inability to call her in the same manner as he used to do before taking up the girl’s plan.

Sometimes, it is so difficult to explain the obvious. The guy tries every thing in the World to come up with an explanation citing that since he has changed his plan, he is unable to make the same number of calls as he used to do before.

But as if the words are falling on a deaf person’s ear, he is unable to get any respite for his explanation. Instead the girl thinks that the guy has started to blame her for everything and of course for no fault of hers.

Seeing the situation go out of control, the guy decides that he won’t be a miser any more and this time around he opts for the most inclusive of plans which allows him not only to send messages to his girlfriend but also gives him enough freedom to make as many calls as he wishes to make on a number which belongs to the same telecom company. 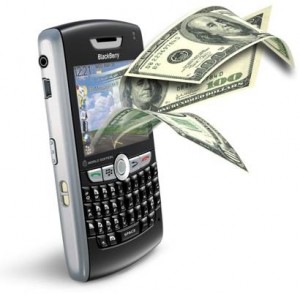 Feeling quite joyful about his act, he decides to call up his girlfriend. With the luxury of time no more being a constraint, he calls her up. But to his utter dismay, he is unable to connect to the same and is met with a voice telling him that the number has been temporarily drawn out of service.

Feeling quite strange about what he just heard, he is left with no other option but to wait for his girlfriend’s call.

After a long wait, he does receive a call from none other than his girlfriend, who is all set to surprise her boyfriend with a breaking news: “Hey, Guess what! I have changed my number. I thought, I was being too possessive. So, I decided that I would take up a number which would give me an opportunity to interact with my family and friends more often at the same time, I would not be pestering you with my calls and messages every now and then. Moreover, the connection that I have taken this time gives much better reception than my previous one. See, I am the best girlfriend that you could have ever dreamt of. Hai na! 🙂 “

The breaking news proved to be a heartbreak for the guy. More than a heartbreak, it leaves him disappointed.Thinking it wiser not to tell his girlfriend about what he had just done for her, he decides to keep the dymanics of the plans to himself: “You are very sweet, baby and very understanding too. That’s why, I am your biggest fan on this planet, Earth. 😉 “

This is how, the whole dynamics of the plans came to an end at least in this case. But I am sure there are many more such stories that are going around in India and deserve a mention.

Having said, all the above, happys endings always give me immense satisfaction and happiness.