In most well to do to families in India and even in developed countries, there is a person who gets up every morning around 5. He/she makes sure that everything is arranged for you on time, as soon as you get up.

There are actually two who fit in the description given above, but I would like to focus on only one today. I am talking about none other than our maid-servants who, in all senses of the word, a hard-working lot. 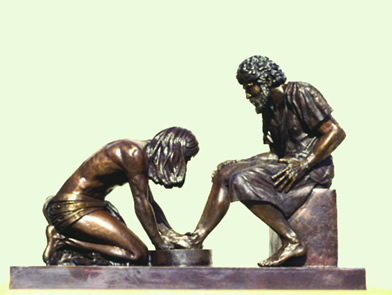 By 6 a.m. —>complete all the household chores such as washing yesternight’s utensils etc.

7 a.m.—> Serve bed tea to the members in the household

By 8 a.m.—>breakfast should be served on the table

It is only around 9 a.m. in the morning, that he/she gets to eat after everyone finishes their breakfast.

12:30 p.m.—>going to the market to buy things which might be needed tonight or the next day

It is only around 2 p.m. that he/she is served lunch after everyone’s done with it.

3 p.m. to 5p.m.—>rest or does any other household chore which might hit his/her memsahab’s evolved mind

5 p.m. to 7 p.m.—>preparation for dinner along with serving the evening tea/meal

It is only around 9 or 10 at night that he/she takes a break from the work, with the thought of next day’s work staring right in his/her face.

Can you ever imagine living such a life? I don’t think so and would wish that none has to go through the same, especially considering the kind of treatment that one is met with and the kind of meagre remuneration that one gets for doing all the above.

On top of that, when UN (United Nations) tries to come up with a resolution aimed at improving the plight of domestic workers the World over, it is really unfortunate to see developed countries like UK opposing the same along with Saudia Arabia joining hands (though it can be expected from her, sheerly because of the immense number of labourers that are imported to do their household work and the infamous nature of the country for handling her labour laws).

But what surprises me the most is as to what’s stopping a democratic country like ours to come up with a national regulatory framework for the same. Why our country seems to be lacking the political and administrative will at all times? Why is it that no one seems to bother about this neglected section in our society?

Is it because the people who might be involved in framing the laws, might themselves be found guilty of propagating the malpractices? In all probabilities, yes!

Seeing the scenario in our country, there is an urgent need for a law aimed at ameliorating the conditions of this neglected section of our population.

But the question that seems to haunt my mind more often than not is: “Is someone listening?”