Eid Mubarak to everyone 🙂

The moment I got up today, the festivity seemed to be gripping every nook and corner of my house. Though, I am not a Muslim by religion, you would be surprised to know that since times immemorial I have always asked my mother to cook all the things that, you would normally associate with the festival and to my great pleasure, my mom has been very kind to do so.

What makes this Eid so special is an incident that happened right in front of me, just yesterday night.

Around 11’o clock at night, my father received an anonymous call from a resident here in Bareilly. His brother had been jailed for not being able to pay the damage caused by him by hitting one of the electricity transformers en route to his house.

As a consequence, he had been put behind the bars on a complaint filed by one of my father’s subordinates. The man’s brother requested my father to ask his subordiante to take back the complaint considering the fact that today was Eid and that his family would be waiting for him.

Sometimes, our system is criticized for by-passing the formal scheme of things which Max Weber would seem to have supported throughout his entire life via description of his ideal model of administration.

But on this occassion, I feel, Weber’s model had very little significance considering the fact that we all are Indians, and a very fundamental attribute that you can very well associate with every Indian is that we all are very emotional and sensitive people.

Keeping on with this tradition of us Indians, what my father did thereafter is in all senses of the word an exemplary fiat.

He, without by passing the rules and regulations, made sure that this man was bailed out and was re-united wih his family on this festive occasion.

Why, I call this exemplary is because there are not many people, especially in government jobs, who would go out of the way, to help a person in need. Though, some might want to reduce the significance of the act by labelling it as a duty that was supposed to be fulfilled by a government officer.

But, true as it might sound to some extent, what makes it exemplary and the reason behind me labeling it as a very significant feat is that most of our government servants wouldn’t have really cared about the situation, especially considering the fact that it was nearly midnight.

It was indeed very gratifying for me to see a man being united with his family. I could imagine the amount of happiness that would have crossed each and every member of that family after seeing their man back in the house. Imagine what his kids would feel welcoming him with open arms. 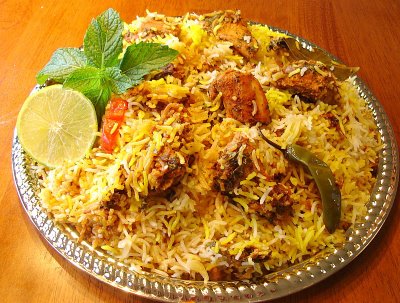 On this note, I would like to wish everyone a very Happy Eid. Eid Mubarak to all.

It is time to take your leave. Guess what! My biryani and siwayan are eagerly waiting for me ;).