There is this guy who is trying to get married these days. Believing that he doesn’t have a copyright over his so called philosophy of sorts for things ranging from getting married to behaving in a certain manner in his professional life, I am taking this liberty of borrowing his philosophy and concepts to explain, at the same time understand what he really means when he says “main apne patte kabhi bhi nahi kholta” ;).

To understand what he really means by this, let me cite a few situations, along with the actions taken by him:

Situation No. 1: A friend calls and asks him: “are you going home this weekend?” to which he neither replies in the affirmative or negative but just says that he might go the week after. On being asked, why he didn’t give a straight answer in a yes or a no, he is more than happy to reveal the strategy behind his answer. He says that if he tells his friend that he would go this weekend and if he doesn’t happen to go, then the friend would think that he had lied. And if he goes after having told his friend that he won’t go, then if the friend comes to know about the same, his friend would again feel upset about the same. So, instead of giving a straightforward answer, he choses not to and he refers to this strategy as patte nahi kholna.

Situation No. 2: The girl’s father, who had come to meet him, asks him whether he drinks, to which he replies that he is a vegetarian. By answering in such a manner, he ensures two things. One is that he is able to change the topic of conversation. Secondly, the girl’s father having heard that the guy is a vegetarian perceives him to be a person who doesn’t drink. By this he ensures that the girl’s father doesn’t come to know about his drinking habits, in case he drinks, and in turn considers him a good guy (which makes me wonder how our society is good at stereotyping people and putting them into good and bad categories based on their so called good and bad habits). Once again, he manages to keep himself in good regard at the same time ensures that he doesn’t open his cards (patte). 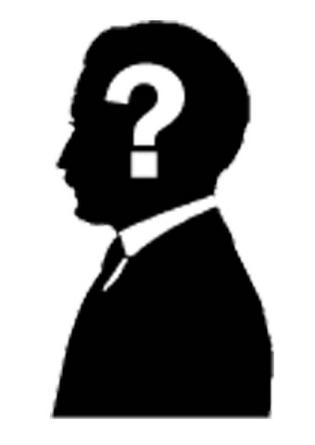 From the couple of situations that I have cited above, it is clear that he is thinking about a lot of permutations and combinations before saying anything. His brain must be really efficient considering the fact that it does so many computations and is able to take care of the numerous thought processes that seem to be going on in his mind at one point of time (which makes me wonder that he might be using at least 10% of his brains that he has, more than what Mr. Einstein might have used during his times).

On one hand where he manages to keep all the problems at an arm’s length, on the other hand he is able to emerge a successful person in our so called practical society. But one thing that I keep wondering about and am quite perplexed about is how difficult it might be for a person to keep applying his mind to things that, if you chose to behave in a straightforward manner, you might not have to do the same.

On second thoughts, when I look at things happening around myself, I sometimes wonder whether what he does might be the right way of leading one’s life and the most appropriate manner in which one can handle situations arising in one’s life.

I just wonder whether patte mat kholo philosophy should be adopted by all. What say? I guess the answer to this should be customized according to one’s own sweet will and the happiness that comes along as a part and parcel of being attached to this free will.

As long as you are not inflicting any harm on any other person and as long as it is not adopted with any bad intention in mind, it might be ok for those who chose to lead their life going by the doctrines of this philosophy.

As far as I am concerned, I find it easier to be straight forward, which at times, can and does have bad consequences for me. After all it is a trade-off. With any thing and any decision that you make, comes along the pros and cons.

At the end of the day, the onus lies upon you to decide for yourself, as to what’s best for you.