I don’t know how many times you have had the pleasure of meeting men in uniform who guard our borders day-in-day-out. But when you happen to do so, it becomes one of the most cherished moments of your life.

Few days back, I happened to meet a senior rank officer in the army. A very fit individual that he was, in spite of having served in the Army for more than 2 decades, he came across as a very well spoken and simple individual.

The simplicity was very much visible in the manner he befriended and the manner in which he went about describing various facets of his life. Though there was this one particular story he shared about how to overcome one’s fears in life is what I would like to share with you all.

Taking the liberty to quote him:

“It was summers and everyone was asked as to who would want to venture out for the paratrooper training. Not everyone had the courage, those who had were supposed to give a simple test.

I was the fortunate or the unfortunate one, whatever you might want to refer to as, in that group of 20 who had showed interest for the training. We were all brought to a swimming pool and were asked to jump from a 3 m board.

Though I was not that scared of jumping from a 3 m board, I was dead scared to drown for I was still an amateur who had mastered the art of floating in a swimming pool, that too in the not so deep side of the same.

So, I went up to the trainer and asked him whether there would be someone to save me in case I started to drown. The trainer got infuriated and told me to bug off. Not knowing what to expect, I took a deep breath and jumped when my turn came. 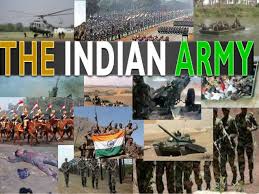 As expected, no one came to my rescue when I was struggling to fight my way out from the swimming pool. Thinking that I wouldn’t be selected, I stood there in despair cursing myself why I hadn’t learnt swimming.

The final list of the selected lot was announced immediately after the 20th guy had completed his jump. To my utter surprise I was selected. I felt like sitting on top of cloud nine, though I had no clue about what was to follow.

The selected lot of 16 wanna-be troopers were asked to report 5 am in the morning next day. By that time, we had all got into a habit of getting up early and were not perturbed anymore about the timelines that were provided to us.

Perhaps, the mind and body can be tuned to become more and more disciplined and trust me there are no limits when it comes to going beyond what might be expected from you. I guess that’s why people in the army or in forces in general are able to achieve feats that a normal guy wouldn’t even imagine accomplishing.

The manner in which we were taught to become paratroopers was immensely scientific and was made simple to the core. We were not taken directly to the skies for a jump, instead we were made what I would describe as robots who were trained to perform a routine driven set of actions which included our arms and legs and once we resorted to those actions we had no option but to be in the air trying to follow instructions for our survival.

It’s not that we didn’t go through the fear. It’s not that those in army or forces don’t have emotions. Just that we are trained in such a wonderful manner that before going through those emotions we tend to do what is taught to us. The little mechanical steps that we take don’t give us that luxury or the option of going through our emotions, as we have no time but to react in the moment and survive.

What a “faugee” learns is the art of survival which incorporates instant decision making (be it right or wrong), thinking on the feet and reacting to the situation at hand. Yes, planning, strategy goes hand in hand but it might be what you plan doesn’t happen and you are left with no other choice but to overcome your fears and do something which might be perceived as belonging to the category referred to as “out of the box” or “out of the world””.

We went on discussing his life before Army, during Army and what would follow after. Somehow, he had that aura and a power which could convince even myself for opting into paratrooper training, though good sense prevailed and I preferred not to venture out, though he almost had me convinced about the ultimate thing in life which everyone should at least try once in life ;).

By the time, our meeting finished, I had just two words doing rounds in my head, “RESPECT + INSPIRATION”.

Source for the Image: http://www.slideshare.net/doodla/indian-army-16316589