One of the most famous songs of our generation, “be a rebel!” from Rang de Basanti! has very deep connotations if you look at it.

Be it the kid in you who only studied subjects because you liked it and not for the love of few marks in some silly exam,

Be it the professional in you that did something because you were doing what Nike was asking you to do, what you love! and not for the want of a hefty pay check,

Be it the parent in you, who ignored a boss’ s call just to have those wonderful moments with your kid letting go of the brownie points that you could have gained over someone else, in front of your boss at an odd hour,

If you haven’t done anything which comes under the category of being a rebel, be it big or small, you haven’t really created that much important difference which, courtesy you being born a human, were gifted with the power to do so.

One thing that continues to haunt most of us is looking forward to that day, when we make it big.

The definition of being big might vary from person to person. 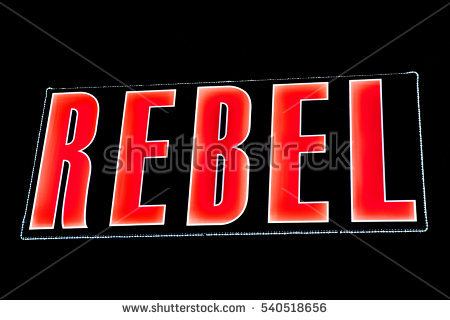 From some, it could mean appearing on air while being covered for establishing a successful start-up,

For few, it could mean getting selected in the civil services exam,

For few, it might mean, leading one of the bigger companies, be it Microsoft or Apple,

For few, it could mean excelling in the political arena,

For few, it could mean becoming an army officer or a pilot.

Whatever it might be, one thing that remains common among all is the will to be something more than what you already are, which gets represented in the form of want, aspiration or the ambition.

And the higher the degree of rebellion and the subsequent path you choose, the higher the chances you would have made it big considering all standards of society and by all stretch of imagination.

So, be a rebel, be fearless not just for the want of it but because you want to do something, which you tend to relate to, the most in your life and witness the difference and subsequent happiness explode right in front of your eyes.

Source for the Image: https://www.shutterstock.com/search/rebel