In the past decade or so, I have seen the start up ecosystem mature big time. The reasons might be different, ranging from jumping on the band wagon to cash in at the right time to really being concerned about something that one might find amiss in the society that they live in, and few for the sheer want of making it big some day.

What has facilitated the above is a transition from a capitalist to a market economy, where instead of few people holding all resources, the money is there to be got from the market if they consider you worthy enough of the same, which more often than not, comes down to the kind of network one has and the profiles of the founders.

Among this buzz, what has remained a constant theme to look for is the numbers, be it the investors who talk nothing but numbers to founders who try to achieve the same as they would want to raise money, which fortunately or unfortunately becomes the goal of many startups. 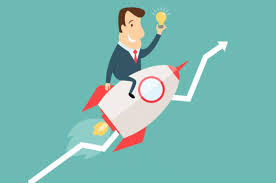 In this rush for numbers, at times, the very purpose of establishing a business takes a beating. Any business or organization, both from a fundamental ethical point of view as well as practical sustainable point of view, is supposed to cater to the well being of it’s clientele.

For those who are trying to make bucks and move out in the short term, the above might not be so relevant, but for those who have put their skin in the game, it might make great sense to focus on the well being of their customers, if they want to be in it for a long term and see their venture evolve into what the world today refers to as unicorns.

So far so good, but as a society, if you notice, all the so called unicorns and other multinationals, the foundations on which they prosper, tend to be human misery, what most seem to encourage is a consumerist mindset, which, in a way, goes against the very fundamentals of well being.

Many would argue that the circumstances are such and that they are only cashing in on the reality, and scaling on the basis of the irony that projects well being but goes against the very nature of the same.

Fair enough as it might sound, just wonder, whether the very parameters of success can be bent to cater to the real well being of the ecosystem that we live in and the kind we belong to.

Source for the Image: http://digestafrica.com/ugandan-startups-know-scaling/