One of the most challenging of problems that an organization faces is to have a succession plan in place.

Going by the expectations, a boss is supposed to train his subordinate and if he does his job well, the organization would perform well in times to come.

Let us look at what might be the incentives he has, courtesy the very structure of the incentive mechanism in the organization, vis-a-vis insecurities that might pop up in the very act.

Having an employee learn the art of the trade, makes one insecure about what if the employee becomes a good shishya and goes beyond the capabilities of a guru.

And if such insecurities were to become true, the employee becomes a much better candidate to bossing his own boss at a certain point of time.

Why would a boss want to do that to himself? Inherently, this doesn’t make sense for the boss.

Another scenario: What if, the company became prohibitive about the very concept of not allowing the worthy to become a boss? Huge opportunity cost for the company, having lost the chance to grow faster and better.

How does one deal with this kind of a situation?

Should the boss stop training his subordinates?

Well, if we go back to the good old times of guru-shishya parampara, the only incentive that a guru had for training his shishyas well was to enhance his and his gurukul’s reputation along with creating good citizens in society, and didn’t have any kind of skin in the game of taking up different roles in society, in his individual capacity. 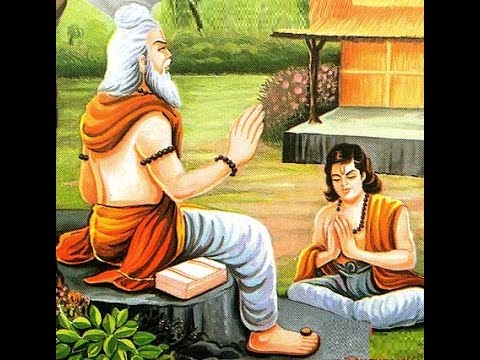 Does it mean that only if one doesn’t have a stake in the entire scheme of things, can make him/her willing to do his/her job of training the employees in the best possible manner, keeping in mind the good of the organization in particular and nation in general?

Does it mean that the very concept of boss training his own subordinate is invalid, considering the inherent nature of the same?

Does it mean the on-job training needs to be supplemented by an external entity, intending to create successors?

If it were so, how does one deal with the boss’s insecurity?

Does it in turn mean, that all roles should be treated as equals, accomplishing a feat together, rather than looking at it from a top-down approach?

If yes, then would it make more sense to have flat organizations for the long-term sustainability of the same?

Does it mean going to the very fundamentals of education, inculcating a sense of considering oneself as less important than the collective self?

Does it in turn mean building a consciousness which goes beyond the concept of self and becoming inclusive in turn?

A call that needs to be taken by the founders in building up the culture is to evaluate various factors before they jump to any conclusion of sorts and more importantly, by the policy makers of a nation, to lay down well the very fundamentals of education.

In an ideal consciously awaken world, the problem may not exist,

Though, till we achieve the feat, bossing the guru or guru-ing the boss might need to find some kind of an equilibrium.

Source for the Image: https://www.youtube.com/watch?v=Y4HvJaAdgDI