Traveling in India can be a big problem at times, especially during the winter season, when the cloudy and foggy conditions tend to hamper the locomotion of the majority of our public transport.

For the aam aadmi, it becomes really hard to plan a trip or an outing in the near future, for the fear that trains might get late or flights might get cancelled. It becomes even more tough in case someone is planning a family trip using the services of the companies like make my trip etc. because one needs to pay the entire amount for the trip in order to confirm the same beforehand and in case the flights or the train gets delayed, the entire amount goes in the vain coupled with the disappointment that ensues amongst the family members.

What should one do in such a situation? And before that why is it that India has not been able to modernize her public transport to deal with situations that arise every year with winters setting in? Is it due to lack of political will or are we out of options on this front? Is it because of the lack of funds which government cites as a reason more often than not for any and every problem they might be facing or is it because no one is really bothered about improving things on this front?

Mind you, the delay in the transportation results in a huge loss for not only the people of the country but also has a huge impact on the exchequer of the government. Then why the issue has not been taken on an urgency basis?

As if the problems with train reservation and the nexus of the agents was not enough, the above factor has also come to haunt both the people and the government. Coupled with the same are the issues related to the lack of competition in the aviation sector which is leading to airlines hiking air fares in the wake of lack of options for the people to choose from.

A good example of this is the US aviation market where there are numerous players and flying has become extremely cheap, even cheaper than train travel at times, giving the public a large leverage when it comes to opting for the airlines.

Of course, the same cannot be copied as a whole from US on an immediate basis, but still things can be made to improve by ensuring reduction in operation costs of the airlines as well as reduction in the cost of aviation turbine fuel. On the infrastructure front, a lot can be done to enhance the quality of our airports.

Allowing foregin players would also help in increasing competition which will in turn will lead to better services being offered to the consumers. What is required is the initiative on part of our government along with the DGCA which is responsible for regulating the same in our country.

The recent decision by the DGCA not to renew the license of Kingfisher airlines might lead to other airlines again hiking prices in the near future. DGCA should ensure that there be a limit on the hikes, for it is unimaginable as a traveler to be paying nearly double for the same ticket of the same class in case one tends not to book it, say 1 or 2 months prior to the travel date.

This is, in a way, killing the ad-hoc notion of travel, a concept that many people like myself are really fond of. Why the hell everything has to be planned! And that too, in case of travel, which is nothing but a personification of the natural desire of a human being to explore. It cannot and it should not be tamed by the whims and fancies of a couple of players in the aviation sector.

As far as I am concerned, because of some of the reasons cited above and because of me being a big proponent of ad-hoc travel, I prefer road over any other form of public transport. Sometimes, though, I too feel constrained by the factors which are not under my control.

With a hope that a day would come when the people will be able to experience the fun and pleasure attached to the ad-hoc nature of travel, and hoping that our government would leave no stone unturned in order to ensure the same, I would like to raise a toast to the curiosity which makes us all human beings. 🙂

When I tell you that we will be able to reach a place anywhere on this planet from our current position in just a span of 60 minutes, what would be your first reaction?
“You are kidding, right?”, and that’s is exactly how I reacted when a friend informed me about this new HTV-2 (Hypersonic Technology Vehicle) which is currently in the development stage.

The only three issues that are marring the development are in the fields of Aerodynamics, Aerothermal and guidance, navigation and control. It is hard to imagine how the development of such an aircraft, if these difficulties are overcome, are going to alter the socio-economic scenario in this era of globalization. 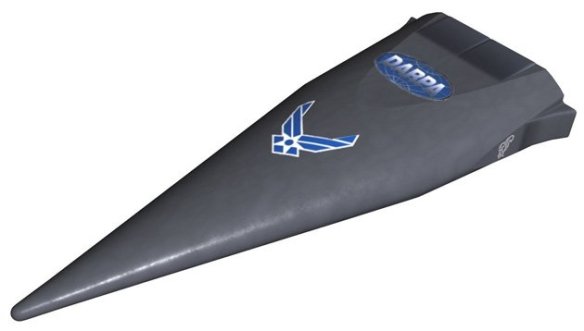 Seeing the rate at which technology revolution is moving forward, the day is not far off when we would just need to blink our eye in order to get our work done. Exciting as it might sound, it will certainly come with its own share of pros and cons. Hopefully, the pros are going to rule the cons and would help in making this planet a better place to live in.