A couple of days back I had visited one of my friends who had held a get together of sorts in one of the famous hotels in my city. Well, to be precise he was getting married 🙂 . After I have had a couple of drinks, a lady dressed in a black gown came over to me and said–“Are you a marriage counsellor?”

“Not really! Why, do I look like one?”–I was bemused at the very nature of the question, at the same time curious as to where this had come from.

“Actually, your friend told me that you are a counsellor and write in some newspaper.”–she tried explaining. 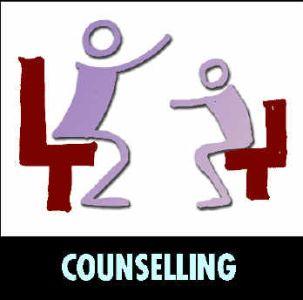 “Ya, I have been writing for a newspaper, but that writing doesn’t come close to being a marriage counsel.”–I just wanted to add that it is extremely difficult to provide counselling in case of marriage for its next to impossible to figure out what’s going on in a girl’s mind ;), but I thought of not adding the same just because of the sheer festivity surrounding the occasion.

Even though, I had nothing to do with the term, I started wondering about the complexities involved in the very nature of a job of a counsellor, especially a marriage counsellor whose aim is to sort out any differences and issues that might have arisen in a relationship.

Ranging from understanding the real cause of the problem to figuring out a solution, coupled with all the analysis and effort that goes behind figuring out the various variables responsible for the problem is a hell of a job.

Without going into the details of how a marriage counsellor would tackle a problem, the most important thing in a relationship is mental preparation on the part of the two individuals who are going to enter a relationship and the acceptance of a fact that their lives is going to change.

What they need to realize is that differences are bound to arise but those differences shouldn’t be allowed to develop into conflicts, which require some kind of understanding and patience coupled with a compromising nature on part of both the parties to the contract (after all marriage is nothing but a social contract, at least in legal terms).

If both are able to do just the above, everything should turn out to be just fine.