Taking a cue from a very dear friend who has this wonderful habit of saying shukran (Arabic word meaning thank you) every now and then,

Especially in these precarious times,

Where one never knows how long one is going to live,

Not just because of Corona but the very manner in which our generation has been consuming pretty much everything on this planet,

Its never enough no matter how many times one says shukran to the people one comes across in one’s life time, 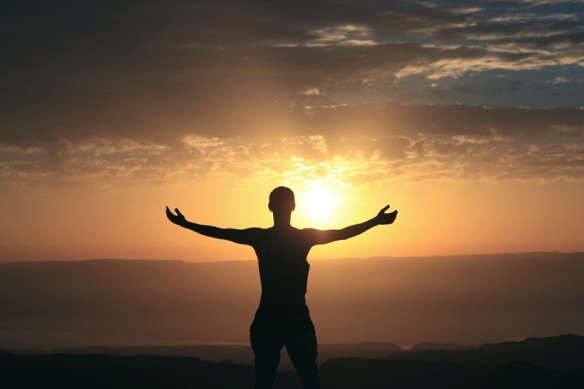 Be it the parents to start with, who brought us here, nurtured us to become who we are today,

Be it our spouses/siblings/cousins/friends who made this life worth living,

Be it the teachers who acted as friends, philosophers and guides in this journey of acquiring knowledge,

Be it the mentors and seniors who pretty much laid the path for us to grow professionally,

We often take it for granted what people have done for us,

We often are drawn into the illusion of having achieved everything unilaterally,

We often ignore all the contributions/sacrifices our near and dear ones make for us,

Just to see us happy achieving our dreams and fulfilling our aspirations,

With no more excuses of being busy or not having enough time,

Why not just say it loud,

Give some form and shape to the gratitude that we all feel,

And take that first step to bringing one’s near-dear ones even closer,

Source for the Image: https://www.multibhashi.com/gratitude-meaning-in-tamil/

Guys who belong to the decade that has just gone by and whose careers were shaped during the same, especially folks belonging to the same batch as mine, some of whom have indeed been able to carve a wonderful professional life for themselves and their family, and are now looking forward to entering the very important leadership/mentor role cannot help but think, “how I can become an effective/successful leader?”

Many a times, guys who have just entered the arena of senior management, tend to find themselves  perplexed by the complexity of the situation at hand. The time perspective that one needs to think about changes from say, 2-5 years to 10 years down the line. One, often doesn’t have the bandwidth to be able to instill such a long perspective.

Consequently, the job at hand starts looking very dicey and a feeling of disappointment tends to creep in, not being able to find a solution to the problem that the situation and expectations from the job tend to pose.

As a result, the potential leader tends to quit his/her job to find another leadership role in another company, which tend to offer the same set of challenges and the person starts doubting his/her own potential.

Why is it so that the transition that was supposed to be smooth and natural doesn’t turn out to be the same? Why is it that the person is not able to develop a long perspective over a period of time when he was an implementer? Does it have to do with something that is very much a core part of most of the organizations? Does it have to do with a lack of mentor ship program in the organization?

Probably all of the above would be able to explain why such a thing happens on a regular basis and only a few are able to evolve successfully, some credit for which goes to the mental strength of the individual and the ability to cope up in a complex environment.

Thus, for any organization, it is a must to have a leader/mentor program in place, where the selected few should be prepared in a manner to whom the bait can be passed and a smooth transition can be made. 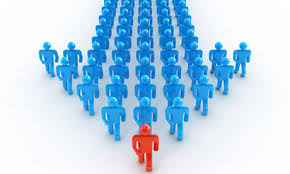 Another aspect that lies at the heart of success for any organization is the constant change with respect to which any organization needs to adjust and evolve. When we say adjust, it’s more of a reactionary nature, so I would prefer to use the term evolve, as it involves being able to think about what’s going to be the situation in let’s say 5 years down the line.

Being able to vision the same, some say, comes with loads of experience, though there has to be minimal amount of mental acumen that a person needs to possess. This leads to the controversial concept of “Requisite Organization” proposed by Elliot Jacques where he goes on to say that the right person for the job is one who possess the right ability to be able to think about different time perspectives associated with different roles in an organization.

If one were to go by what this theory has to offer, one would have to believe that man is limited in his thinking and abilities and there is a fixed path on which he/she will tread. If the same person is forced to occupy positions which are not meant to justify the kind of ability, attitude and temperament one has, then it would not only result in failure of the person as a professional but would also lead to organizational failure.

Thus, the identification of the right potential for the right job is a must, if an organization and hence an individual has to succeed in what he/she does, the onus for identification for which again comes on to none other than our HR folks.

So, all leaders out there, if you want your organization to grow and evolve in coming times, start building a platoon of budding leaders who will be ready by the time, you guys are happily preparing to find solace on a beautiful island some place in Thailand.