It is not often that you get a chance to explore your city on a bicycle at 2’o clock in the night, especially when you are living with your family and assuming that you don’t lie to them regarding your whereabouts.

But yesterday, 3 of my friends along with me decided to do the unthinkable. The biggest impediment though was how to arrange for 4 bicycles at that point of time, considering that we all had given up the habit of possessing the same since our IIT days.

It is said when the going gets tough, the tough gets going and so did Birju who made every possible effort that he could to arrange for the bicycles, which seemed to have been the most luxurious of vehicles that all four of us would have loved to have that very moment. And at last he succeeded.

And there we were riding our bicycles on the famous streets of Lucknow which appeared much wider and broader than what they look like during the daytime because of the traffic that tend to demean the very character of the broad roads during daytime.

With no plans as such in our minds, we just rode our bicycles to every nook and corner of the city, some known to us and some totally unknown and unexplored, taking short breaks at times to fulfill our appetite with a kulhad of tea accompanied by a well baked band-makkhan and at times to pose for a photograph on the weirdest of locations.

As if this was not enough and as if we wanted to relive the college days once more, we decided to bring some happiness to the faces of a couple of our batch mates who had by then already hit the bed and were sound asleep in their respective houses.

We rode all the way from Hazratganj to Gomtinagar, which is around 8-9 km in distance in order to bring some excitement into the life of a person who had been too busy for the past couple of days by any stretch of imagination. 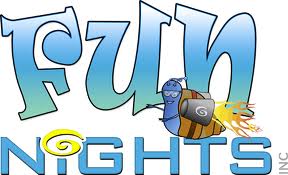 One thing that we all can do and take great pride in doing is to take at least some amount of liberty when it comes to playing pranks with our batch mates and friends or when it comes to willingly or unwillingly include someone close to us in our ad hoc plans.

And the good thing is that our friends or batch mates never ever seem to play spoil sport, instead are more than happy to join the brigade, if not in reality but definitely on paper 😉 as if replicating the policy implementation measures taken by our government at times.

After having a wonderfully prepared tea with a couple of biscuits at a 24-hour tea stall, we all decided to play dumb charades with Naidu offering himself voluntarily to become the soft target for all of us when it came to giving Bollywood movies to a guy who, considering that he belongs to Hyderabad and expecting him to flounder on every occasion, did a wonderful job of making each one of us burst into laughter.

The time flew by and we could hear the birds chirping amidst the cold and foggy morning. It was already 7 a.m. and we all decided that it was time to head back to our respective nests , where we knew that we were in for a bombardment of questions from our respective family members.

As Saty drove on his scooter with me sitting on the backseat, the vivid scenes from the night that had just gone by, flashed in front of my eyes and I could see Birju dancing to the tunes of Rang De Basanti, I could see Naidu going nuts with his explanation for the movies and I could see Saty chipping in with his witty and hilarious remarks.

It is said that nothing lasts forever, but one thing that stays with you are the moments and the memories that you tend to cherish even when it’s long gone by and this night will find its place right up there amongst the wonderful nights that I have had the fortune of experiencing in my entire lifetime ;).

I have been quite voiceferous about the ad-hoc decisions in life to the point of me becoming a die-hard fan of the same. But sometimes ad-hoc decisions can lead to consequences which you might have never thought about.

Indeed, it was Christmas eve and indeed me and a couple of friends were all too excited about the occassion. We had to do something on the day. With this uncertain thought in mind, we decided to do a bon-fire at a place which is not very far from my city.

The journey soon turned out to be a trip to IIT Kanpur, which, over time, has become our default destination whenever we are deprived of alternate places to go to. Following suit, we were on the highway driving at around 100kph and all too happy about the future that lied ahead. Somehow, God had other plans for us.

Soon after putting on the heater, we could smell something burning. Thinking that it might be coming from a dumpyard closeby, we decided to ignore the same and continued with our journey.

As soon as we entered the IIT campus, the car decided to stop on its own, as if it had been bestowed Artificial Intelligence by someone sitting up there. The more we tried to move it using the accelerator, the more it demonstrated its stubborn nature.

It was already 2 a.m. at night, and we decided to have some fun with the thought that we would be needing the services of a mechanic, who would only be available in the morning, leaving the car on its own.

What followed was a nite-out with a couple of friends in Kanpur and a campus tour which is supposed to be the sought-for thing that we do whenever we are in the campus. And yes, we managed to find some time out to play Badminton, which has been my favourite of sports since times immemorial.

The Christmas eve went really well, though we had doubts about what was going to happen just a couple of hours after we had decided to throw ourselves on the beds in the hostel room.

The morning brought with itself some bad news. The mechanic told us that the clutch-plate had been malfunctioning and that it needed to be replaced. The car would have to be towed to the service centre and it would take a whole day to repair the same.

With no alternatives, in sight, and due to unavailability of the loader that day, we decided that we would be taking our car to the service centre the day after. Pretending to forget as to what had happened we managed to have some more fun with one of the guys cooking and the rest enjoying some deliciously cooked food, which I would like to refer to as Nayak (the guy who cooked) special night.

The night was again one of those to remember for a life time. Getting up in the morning was a tedious affair with the loader waiting for us at the IIT gate, all set to tow us along with the car to the place where the car was supposed to find some salvation.

It was only in the evening around 7p.m. that the car could be finally repaired with efforts from the laborious staff. 7:30p.m., we were found driving on the famous Lucknow-Kanpur highway after having bargained hard (due to lack of financial resources that we happen to possess) and after having completed all the formalities with respect to the car.

It was only around 10p.m. that I could finally reach home after dropping back Sattu. As I was having dinner, a couple of thoughts disturbed the peace of mind that I was trying to seek after a tedious and hectic day:

“Overall, not a bad trip! We were lucky enough to have reached the campus, where everything could be arranged. We could even bargain on the price and get the best deal, which otherwise would have gone into thousands. And over and above all this was the fact that it took us only a day to get out of the situation that we were in.”

It is amazing, how if we chose to think in a positive manner with a totally contrasting perspective, we can still laugh about what happened and still stay focused on the ad-hoc thinking that we are so proud of ;).

Of course, we would wish that such a thing doesn’t happen to us in the future, when we would be ready once again to hit the road wearing our traveling shoes and wanting to experience a new thing everytime we do the same. :).