I have had the fortune of knowing this wonderful lady for years now. Her husband was my father’s colleague (now retired) and they used to reside right in front of our government alloted house.

Whenever I used to meet her in a social gathering or at either of our homes, she would go on talking about how well her son and daughter were performing in their respective classes and were rewarded for the same by their schools. It seemed as if there were no better kids than hers on this planet Earth. 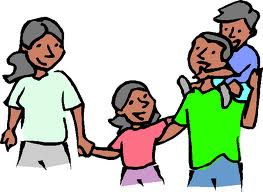 Pretentious, as it might sound, all her hopes and aspirations were hooked on to her children and husband. I guess, our mother’s generation belonged to an era wherein they were supposed to derive happiness and satisfaction from their husband’s and children’s success.

Courtesy her efforts, her son qualified the JEE examination and went on to study engineering from IIT Kanpur, which she used to refer to as the No. 1 institute for engineering in India and this time around she had the rankings to boost her claim. If this was not enough, right after completing his B.Tech from IIT Kanpur, he went on to do a PhD from MIT, which is again considered to be one of the best (though for her it was always THE BEST).

Her daughter was not much behind and she went a step further to do an MBA from IIM Ahmedabad, which again the aunty claimed to be not only best in India but also the best amongst all colleges offering the MBA course whether it be in India or abroad.

The lady, was in true senses, a replica of the numero uno. I am sure she must have derived great pleasure from boasting about her children and husband. I am sure, that must have been the aim of her life. But yesterday, when I met her again, after a long time, she looked very old and dull. As if the exuberence and confidence, that she once used to reflect, was taken away from her and she looked a pale reflection of her true self, the self which I had associated with her.

She could barely walk without the support of her stick which she held in her right hand. At first, she had difficulty in recognizing who I was. It was only after she was sure about the sanctity of the person walking alongside her that she began talking to me in a frank tone.

“How have you been, Kush? I met your mother a couple of days back.”—Aunty started the conversation.

“Aunty, I am doing fine. How is everything with bhaiya and didi? How is uncle doing? Haven’t met him since ages.”—I joined in.

“You know, Kush! Uncle and I have gone old now. We just want to see our kids doing well. It just reminded me that my son have just switched jobs in US. I don’t remember the name of the company. I am sure you might be knowing it. It is the best private sector company in the entire World.”—-As she spoke, I could see it in her eyes, the confidence and joy of being No. 1 was back.

“Of course aunty! Both bhaiya and didi have always been there, right at the top.” I smiled back as I took her leave to head back home.

As I was heading back, there was this big smile on my face and I wondered:”Some things do not and should never change.” 🙂