Have you ever wondered why teams who have developed a habit of winning continue to do so? Why is it that more often than not teams look up to them to the extent of treating them as class apart and losing all hope of competing against them?

Look at the Chinese Table-Tennis or Badminton players who have dominated the scene for quite sometime now. Look at the likes of Australian cricket team which after winning the World cup have once again demonstrated their class and excellence.

Do these teams and individuals do things differently? Of course it cannot be pure luck. It has to do something with the kind of effort and dedication these players are putting on and off the field.

Do these teams have a habit of stretching their goals and striving to achieve the same? Have they made it a habit to excel, after all what we repeatedly do is who we are and excellence is a habit (according to Aristotle)?

Probably all of the above. Possibly, they have got into a habit of winning. Possibly they believe that they can achieve the goals that are set by them on a day-to-day basis. Possibly they have learnt the art of not giving up and striving to give their 100 percent.

Management and business are no different than sports when it comes to leadership, teamwork, goals etc. In some companies, you would find emphasis being given upon the nitty-gritties, those 1 or 2 percent of things that tend to be ignored by most. And these are the companies which tend to excel.

The individuals in these companies are imbibed into a culture of thinking that things can be accomplished with passion and hard work. It is the attitude that matters the most. A classic example of attitude, coupled with ability and passion is Rahul Dravid.

Who would have imagined that a guy who hardly managed to find gaps in the field would one day end up becoming India’s one of the most successful finishers. It was sheer hard work and passion more than the ability that led to him becoming one of the greats of Indian cricket.

Hard work and passion can do wonders. And there have been numerous examples in the field of sports as well as management where people have gone on to achieve unimaginable feats.

Source for the Image: http://www.emdocs.net/em-mindset-rob-orman-the-successful-ed-mindset/

While browsing through my gtalk friend list, I found there are so many people on that list with whom I have not interacted since ages. It is amazing how our friend list keeps growing whether it be on fb or on any other social networking site.

It’s not that they were just acquaintances, but even with good friends, somehow you are not able to find time to interact. You are caught up in your own little World.

Sometimes I wonder whether life is a collection of all the wonderful moments that you might have spent with someone at different points of time in your life. It is these moments that remain with you forever. Rest all is lost in transition.

Shahrukh Khan would want to say that he can spend his entire life with these little moments in one of his next romantic flick. And I am sure that all the romantic souls, including me 😉  out there would want to agree to him and would even want to take some leaf out of the book of romantic dialogues that he has so well adopted. 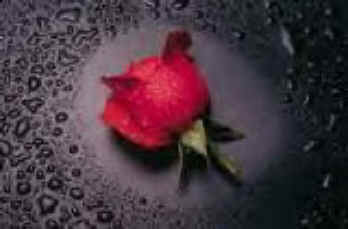 As far as I am concerned, dedicating this one to my fiance and all the people out there who have ever loved someone in their life, I would like to say just this one little thing:

Love is all about those little moments and time that you spent or will be spending in the future with your better half, that will make you happy and that will surely leave a very deep impact on you if you truly love someone.