A decade back, I would have never talked about it even in my dreams but today, courtesy of working in the health and sanitation sector, I feel compelled to narrate this incident. Just yesterday, a very dear friend of mine happened to narrate to me a story that changed his life for good.

As a youngster, I am sure you must have gone to parties or discos or farm houses and might still continue to visit the likes. And at times these places tend to be located a little away from the city where you wouldn’t generally find any kind of habitation or people especially during the late hours.

My friend happened to visit one such place with some of his friends, a farm house, located nearly 100 km away from the city. They had a blast. They got extremely drunk and while returning, one of my friend’s friend got a direct call from the nature to the extent that he couldn’t afford to control the same for another 70  km left to be covered.

No matter, how fast they drove, it would have taken at least half an hour to one hour before they could reach home. So, they decided to find a place where he could cater to his instinctual urge. Finding no community/public toilet, they decided to take a halt at a hamlet and thought of requesting local folks to help them find a toilet.

To their surprise, they couldn’t find any toilet in the entire village and he was left with no other option but to venture into the bushes. The bushes came along with its own set of challenges and fear. There could be snakes searching for their prey, there could be thief eagerly waiting to bounce at the opportunity of making a buck or two.

But he didn’t have any option but to fight his fears on this very occasion. So, he decided to walk a midst the bushes to look for a suitable place where he could take it all out of his system. After roaming around for a couple of minutes, he finally found a place, where he could see some light in the background.

As he was about to begin with the rituals, a huge shadow came from behind and he became seriously terrified. In order to calm himself down, hallucination was one reason that he could think about for what he was perceiving. But this reason couldn’t last for long as the very next moment, the shadow spoke to him: “what are you doing here?” 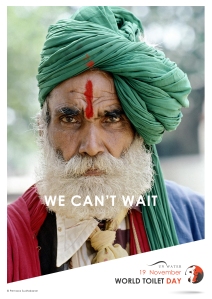 Relieved that the shadow was indeed a man who knew the language, all his senses that had become numb due to the overdose of alcohol came right back and he got up from the posture that he was in.

Turning round, he could see a man with his lath standing in front of him. Taking note of the situation, he realized that he was about to poo right next to this man’s house, who had seen him approaching and had come outside of the house.

He knew that it was in his best interests to apologize to this man, which he did. The man replied, “This is not the place, we go to another place which is around 1 km from here” and the man provided directions as to how he can approach the place.

The path that the man had shown him was an isolated place. There was no electricity and it was extremely dark. The urge was high enough to motivate him to venture into the unknown. After walking for another 20 minutes, he finally managed to reach the place of his redemption.

To his horror, the place smelled very bad. In the moonlight, he could see a couple piles of excreta lying everywhere. He felt like puking but he couldn’t have afforded to wait. With no option in hand, he sat down at a place which he refers to as the only possible place. As he was about to conduct the ritual, he could feel something on his leg.

Finding some courage, he caught the snake and threw it away. Thereafter he ran as if a 100 m sprint was going on and managed to reach the place where his friends waited for him. Without narrating the event, he got into the car and had to hold on to his instincts for another 45 minutes.

On reaching home, without bidding good bye to his friends, he ran to the door and went inside. His friends found the behavior a little different from what is expected. But they decided to call it a night.

It was only when they met again the next morning that he could explain things to his friends. On one hand, they all broke into laughter, but on the other hand, a thought struck all of them and suddenly they all stopped to ponder over a very major issue that seems to plague the have-nots in our society, which is lack of toilet facilities, leading to all sorts of health and sanitation issues.

There are more than 600 M people in India who do not have access to toilets, leave alone clean toilets.  It’s a pity that even after nearly 7 decades of independence, we have not been able to provide them with a basic facility like providing a toilet, which makes me wonder why no one thought about it before PM Modi started the Swacch Bharat Abhiyan and if it was indeed thought over then why the hell it wasn’t implemented.

Without trying to conduct a post mortem for what has happened in the past, what I would suggest to all of us is to do our bit when it comes to helping the have-nots to achieve a dignified way of living. It could be donating a toilet. It could be donating money. It could be anything that comes under the ambit of charity and trust me, by doing so, the kind of satisfaction one will derive will be no less than what one derives in any sort of meditation.

Long time no see! Ya, the past couple of months have been no less than a roller coaster with destiny taking me to all nooks and corners of the land which we all refer to as India.

From Kolkata to Jamshedpur, from Delhi to Hyderabad, it has been quite a journey meeting new people, hearing different perspectives and opinions, getting to know the World of management consultancy and ending up with a social entrepreneur.

But there is one meeting that I would want to refer to in particular and that’s with Mrs. Namita Banka, MD of Banka BioLoo Private Limited. To put it simply, the lady is energy personified. She cannot sit still. She needs to be on the move and doing her bit. She has big plans and she wants to make it big.

She can be referred to as the symbol of a modern 21st century lady who believes that things can happen. Her belief makes her do things which in times to come will surely change the way the sanitation industry is going to operate in the coming 2-3 years time.

She has been a pioneer in WaSH sector with big media houses such as CNN and Bloomberg giving recognition to the efforts that the lady has put in. With a plethora of awards to her name, she is all set to change the lives of those in need.

With a co-founder like Mr. Akhilesh Tripathi with immense amount of operational experience and an intellect par excellence, and providing the much needed support to her vision, don’t be surprised if Akhilesh ji and she becomes a household name in say 2-3 years from now.

In my blog, today, I salute the lady and many more who have contributed big time in changing the lives of the deprived lot in our country thereby ensuring that the efforts result in creating an equitable World.