My first memory of the phrase “Use Me!” is, when as a kid, I saw this cute little dustbin in the corridors of my school, asking me not to throw the wrapper of the chocolate that I had just eaten, on the ground, instead inside the one and only place it should be thrown into.

Indeed the idea of Utilitarianism caught my imagination, which in itself is a fantastic idea to have around oneself, the only catch being, if the very idea is being utilized in a smart way.

Unfortunately, as it has turned out, lot of things from:

Has led to a state of affairs, where the first thought that comes in all our minds is,

How can we make use of something?

Will I benefit from using it in this way, or I need to find an alternate which can make the utilization more efficient, in turn leading to more profits?

What is that key differentiator/ USP when I go about exploiting the resources?

What this has led to is a complete neglect of the destruction and harm that we are causing to not only this planet but also to the minds of individuals.

Especially the next generation kids, whom we are breeding into robots who would want to run after success the moment they gain some control over their mind and body, the very basis of which is to accumulate as many possessions as possible at any cost.

And then we happily have those table-top conversations about how bad the world is becoming, how difficult it would be for our children to survive and debating about accumulating more and more for the security that we would want to pass on to our next generation.

As it turns out, neither of the table-top conversations nor the accumulation would slow down the tide of destruction,

The only thing which might work, since we still have sometime, is a realization that the very basis of success need not be money; after all:

A mother’s effort and time which she devotes towards bringing up her child, cannot be weighed in terms of money,

How about slowing down the pace of exploits, giving us time to look at it from a sustainable perspective?

How about giving up a share of profits for a better ecosystem?

How about incorporating other values and parameters as the basis of success with possessions making a very small percentage, as a consequence of what one does and not what one aims to do?

The ball is very much in our court, if we fail to hit the right shot now, doomsday ahead,

But I have full faith in the power of utilitarianism that homo sapiens have got so accustomed to using in their day-to-day life, which would slowly but surely enable all of us to think about the very fundamentals of existence.

Source for the Image: https://www.shutterstock.com/search/dustbin

Guys, have you ever wondered, that facebook like social networking sites pretty much fall into a category of “knowing the knowns” and is only able to provide you with a virtual experience which in most cases is unable to conclude in a real meeting of sorts.

Just imagine an online world where in you know who lives next door, what are they really interested in, what events are taking place in the locality, what common governance issues the locality might be facing on which they can collaborate on etc.

But all of the above cannot happen if you don’t know the people living in your communities and neighborhoods, if you don’t interact with them enough, if you don’t share things with them, if you don’t collaborate and engage with them. How about if you had an online platform which exactly did what you have always wanted all your life which is to be real and feel real, instead of being virtual and feeling virtual.

Yes, you are almost there, just a step away from accessing the most wonderful of websites that I came across just a couple of days back, called ApniStreet ( https://www.apnistreet.com/ ). This website provides you with a platform where you can interact, share and collaborate with people in your community and locality.

It is said that the global is the new local but for me, local is going to be the new global, because we are slowly and slowly losing touch with our vicinity and neighborhood, which is not at all sustainable. Man is a social being and cannot survive with virtual interactions alone. Man needs to have real and meaningful interactions which one can get only when one comes to know people living in, say, the apartment next door.

How often is it that when we are totally vella (nothing to do) we end up browsing on the site that has for sure changed our lives (facebook)!

Yesterday was one such day for one of my dearest of friends. Strange, as it might sound, my friend decided to get a feel of his popularity on the same site (which can be quite a dangerous thing to do and indeed can have disastrous consequences 🙂  )and which is believed to be an indication of how social a person is and how much is the person being followed or admired on the same platform (guess that’s why so many superstars of our film industry have a presence here).

The results that followed indeed were disastrous. In spite of him tracking the number of responses, to his surprise he didn’t receive even a single comment for the whole day. After having gone through this miserable of experiences, he felt the urgent need to talk to someone. 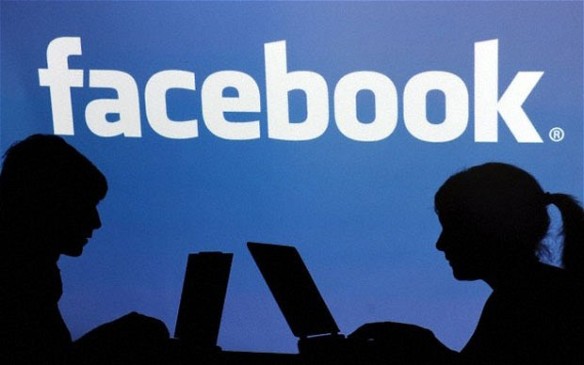 So, he decided to give me a call.The conversation that followed is very much a representation of the philosophy and psychology behind the phenomenon which we all call facebook (coupled with the fact that the guy that I am talking about is very much a popular guy amongst his friends and at the same time, he is a big nautanki ;)):

“Dude! You know what happened today. I have been dumped by the society as a whole.”–Friend

“What happened? Why are you sounding so depressed”–Me

“Yaar, I didn’t even get a single response for a thing that I posted this very morning on facebook. Don’t I deserve at least one person taking note of what’s happening in my life and that too inspite of the elaborate friend list that I have.”–Friend

“No Yaar! Seriously! This incident has changed my perception completely. It is a fake world. I hate facebook, which is nothing but an illusion. Now I won’t ever login on the same.”–Friend

“Ok! But don’t you remember having told me about the wonderful experience that you were having on facebook by interacting with a number of girls on the same, a couple of days back? Suddenly, fb has turned fake and seem like an illusion, haan?”–Me

“Ya, I remember, but it’s not the same anymore. See, it all starts with a liking, then it becomes boring and then you think of dumping the same. Don’t you think its like having a relationship?”–Friend

“Truly, it is in all senses a means to have and maintain communication amongst friends and relatives. And by the way, nothing remains constant for ever. So, tomorrow, you might come to me again and tell me about the wonderful opportunity that this platform provides you for flirting around wih girls. Isn’t it?”–Me

“Ya, might be! By the way let’s get out of the virtual world. What are you planning for dinner?”–Friend

And soon we eneded up having dinner together. He had forgotten all his facebook woes by then, and around 11 p.m. we bid good night in order to throw ourselves on the beds in the cosy ambience provided by our respective houses in order to end a tiring working day.

Hardly, an hour had passed by, when I received a call from the same fb tourtured gentleman.

“Indeed it is. Enjoy your fb session buddy. Good night!”–Me

And this is how it all ended.Three cheers to this phenomenon: Facebook 🙂